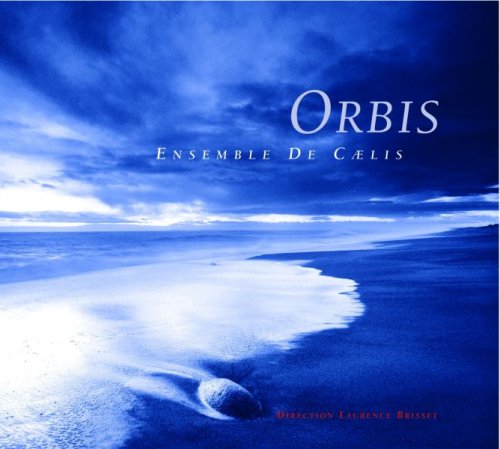 Polyphonic compositional technique changed fundamentally at the beginning of the 15th century. Orbis portrayss the appearance of a new style in England that was then to go on to influence Europe as a whole. This was the birth of a feeling for harmony: a linear approach to music was no longer predominant and voice-leading became subject to more vertical control. The purity of fourths and fifths was abandoned in favour of the sweetness of thirds and sixths. De Caelis focuses on this period of transition by providing as supple a performance as possible. The ensemble has chosen to highlight the music’s link with the Middle Ages just as much as with the Renaissance that was about to dawn. The recording supplies a graceful exploration of English descants, songs, motets and carols.

Classica Répertoire, 9
« The voices seem naturally beautiful and clear … each voice is distinct but the ensemble has a remarkable homogeneity. Their coordination is faultless. The primary characteristic of the ensemble is their sense of rhythm: it gives a striking relief to the music and leads the listener to experience the music just as much with his soul as with his body. »
François Camper, 11/2004

Diapason, 5 diapasons
« The ladies of De Caelis are clearly in love with this repertoire in which a new sound world was established … Both flexible and earthy, their graceful singing besieges not only the sanctuary but also the century … A suave acoustic that even the most austere ears would find delectable… »
Roger Tellart, 12/2004