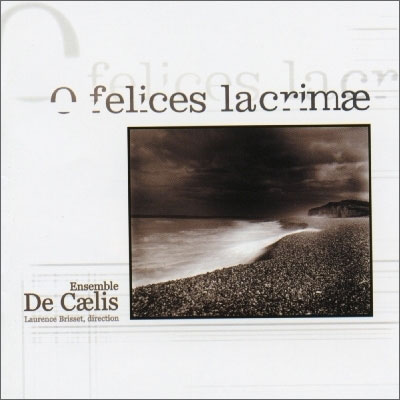 St. Thomas à Becket was assassinated in Canterbury Cathedral in 1170, whilst St. Edmund the Martyr was tortured and then killed by Danish invaders because he would not renounce his Christian faith in the 9th century. Their tragic fates and spectacularly sacrilegious deaths inspired many works, including these fine polyphonic pieces from the 14th century, poignantly expressive as they are. This recording contains a majority of pieces composed for the centenary of the death of St. Thomas à Becket. High musical demands and a desire for perfection characterise performances by the De Caelis ensemble. Their generous and celestial singing adds a human factor to this spiritual homage.

Le Monde de la Musique, 5 stars
« De Caelis makes their singing more beautiful, their sound homogeneous and attains heavenly heights in pieces that are impressive for their virtuoso technique. The singers create an effect of unreality by emphasising arches and sonority and by taking their vocal gifts lightly… »
Marc Desmet, 10/2002

Diapason, 5 diapasons
« The ensemble De Caelis presents a penetratingly flexible sound and a radiant musicality that none other seems to possess. The seduction of their cantabile line incorporates the impulses of a faultless spirituality in a second album that is as appealing as was their first. High musical demands and a desire for perfection characterise this ensemble, a group that deserves to be followed carefully. »
Roger Tellart, 07/2002

Répertoire, 8 points
« The singing of the De Caelis ensemble delivers their melodies with generosity at the same time as it states their essentially solemn and grace character. The fragile breath of the upper voice renders this music human and sketches poignant contours that become almost ecstatic. The clear pronunciation of the text is one of the ensemble’s great qualities. »
Sylvain Gasser, 10/2002

Répertoire, Selection of Best Sound Recordings
« The vocal texture, free from the slightest distortion, unfolds in an acoustic as if it were snatched upwards in a supernatural aura. The velvet sound and the placing of the soloists approaches a perfection that is all too rare in this type of ensemble. »
Pascal Brissaud, 11/2002