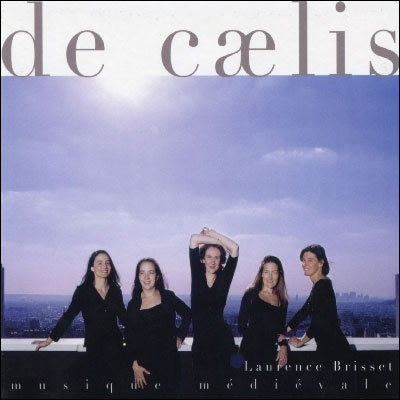 J’ai Désirs deals with the evolution in aesthetics between the Ars Antiqua and the Ars Nova. The courtly atmosphere of the majority of the pieces lies firmly in the long tradition of the troubadours and minstrels. The texts are in French and many of them express women’s opinions and feelings, with women who are by turns colourful, daring, happy, passionate and sweet all mixed up together.

Philippe de Vitry and Jean de Murs published their treatises around 1320. This marked the beginning of the Ars Nova, although the novi nevertheless made use of a large part of what they had inherited from those before them.

De Caelis has introduced a few alterations and has also made a special point of its handling of the shorter notes; such an interpretation makes the passage from the old towards the new much less violent. The singers take great delight in these changes of atmosphere and take mischievous pleasure in their expressive games. They emphasise the contours of the music with their voices and by using their voices and timbres in alternation.

Diapason, 4 diapasons
« Prefaced by Laurence Brisset’s valuable musicological commentary, this musical journey leads us from the conductus tradition towards new principles of composition … vocalità and ease in rhetoric are two virtues to which the performers are particularly sensitive … Their lesson in how to sing is always happily formulated in a euphonious manner that is pleasing to the ear, to say the least. To close, we should also note an excellent handling of the langue d’oïl. »
Roger Tellart, 11/2006

Le Monde de la Musique, 4 stars
« A generous sample of the ‘classic’ phase of the mediaeval motet, the extracts being taken from the Montpellier manuscript, the principal manuscript source of the 1280s. »
Marc Desmet, 10/2006

Ouest-France
« Words of love in the abbey … They are expressed through the texts, vibrating prettily in flowery language with unusual and poetic turns of phrase. We should stress the exceptional intelligibility of the five voices … their prowess is equal to any challenge … between discursive voices and coloured decorative work…  ».
Sylvie Huguenin, octobre 2006